SUNNYVALE, Calif., March 22, 2021 /PRNewswire/ — SafeBreach, maker of the most widely used continuous security control validation platform in large and global scale enterprises, is honored to announce that Peleg Hadar, a senior security researcher at SafeBreach Labs, has been named to the prestigious Forbes Israel 30-under-30 list for 2021. 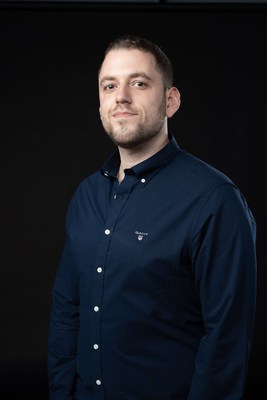 This recognition acknowledges Hadar’s innovative contributions to cybersecurity in the past few years. These innovations include the discovery of a number of Zero-Day vulnerabilities in widely-used Microsoft products and others that were featured in Forbes, Dark Reading, ThreatPost and other security-focused publications. In a widely hailed discovery in 2020, Hadar and his SafeBreach colleague, researcher Tomer Bar, revisited the Windows print spooler  vulnerability used in the famed Stuxnet attack on Iran’s nuclear infrastructure. Bar and Hadar discovered new ways to exploit weaknesses in the application design that allowed malicious actors to take admin control of Windows networks in ways that the original Stuxnet patch did not mitigate.

“I am honored to be named to such a select group of leaders by Forbes. I have been fortunate to enjoy tremendous research freedom at SafeBreach Labs and this has allowed me to pursue my passion for identifying new and critical vulnerabilities to make the world more secure,” says Hadar.

“Our company goal is to radically improve global cybersecurity,” says SafeBreach CTO Itzik Kotler. “Peleg and the team at SafeBreach Labs play a crucial part in that quest by keeping our products on the cutting edge of security and ensuring that they always push the envelope in adversarial simulation and continuous security control validation.”

SafeBreach Labs is the research and development arm of SafeBreach. SafeBreach Labs delivers cutting edge vulnerability and cybersecurity research as well as novel product ideas. It’s research and product work are driven by real-world insights and observations of “in-the-wild” attacks as well as detailed and frequent conversations with the world’s leading cybersecurity researchers and CISOs. SafeBreach Labs compiles and maintains the SafeBreach Hacker’s Playbook, the world’s largest collection of attack methods numbering over 27,000 today and growing. SafeBreach Labs is dedicated to keeping customers informed on the latest attack types and offers the industry’s only a 24-hour SLA on adding new attacks to our security platform. SafeBreach Labs researchers continuously identify new attack methods – before hackers discover them – and share research with the security community at leading conferences such as Black Hat, RSA and DEFCON.

Threat.Technology may host content that is aggregated or user contributed.

Back to Top
Close

Your password reset link appears to be invalid or expired.

To use social login you have to agree with the storage and handling of your data by this website. %privacy_policy%